Strategies to downplay or conceal destructive management behaviour, instead of preventing it, appear to be widespread in the South Australian Public Sector, a new report reveals.

The report, by the South Australian Independent Commissioner Against Corruption, said that employees reported widespread use of systems used to avoid scrutiny of misconduct, including the following:

– bullying and harassment – the most common forms of misconduct

Managers tended to create and promote toxic and psychologically unsafe work environments where the above types of conduct were dominant.

The report also found evidence of fear and anxiety among employees about reporting inappropriate practices or misconduct, and in some cases victimisation for doing so.

Employees who did attempt to report misconduct often found that either no action occurred, or any investigation focused on minimising damage to the reputation of the organisation or business unit, not the conduct itself, establishing the truth, or preventing recurrence of the conduct. As a result, “camouflage” tactics and diminishing responsibility for conduct were common responses.

This report follows up on a first report into the public sector released last year. It mostly comprises actual quotes from employees about their work environments and personal experience of management strategies.

The report is divided into four sections:

Reporting – employees’ willingness to report problems, consequences of doing so, and how effective it was if they did so. Investigations into misconduct were widely perceived as poorly conducted

Perceptions – of the organisation’s culture and integrity

Training – experiences of its provision and need for it.

Implications for other workplaces

This is a survey of only one organisation, albeit a large one with multiple agencies and workplaces, and one with counterparts in other jurisdictions. The report also cautions that its contents reflect the perceptions of employees who completed the survey, and those perceptions may not necessarily be accurate.

Perhaps its main value for other organisations is its focus on “storytelling” – a communication technique that is generally highly regarded and widely used by HR practitioners to support their initiatives.

The many direct quotes from employees provide a “horse’s mouth” insight into how destructive management behaviour such as bullying and discrimination impacts first-hand on employees and their day-to-day work. The commissioner’s Foreword describes it as “a picture of the human impact of inappropriate conduct” in terms of organisation culture and practices.

Independent Commission Against Corruption, South Australia, In Their Own Words: A Second Report from the ICAC Public Integrity Survey 2018, August 2019.

This article was written by Mike Toten and first published on hradvanceprofessional.com.au 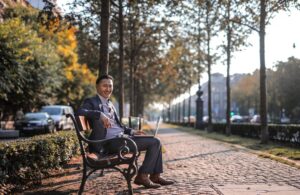 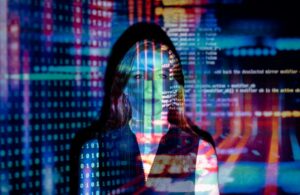